LEGO Worlds is a sandbox type of game that LEGO franchise developed for the first time.

LEGO Worlds has a very high degree of freedom in game-play that players can not only defeat enemy in the field and achieve items, they also can collect material and build a car, and even customize the map itself to have play in a bigger open-world.

In LEGO Worlds, players will be able to build their own creative landscape, buildings and use various characters to feel the adventure. Its genre is RPG but the difference with other RPG games is that the players can create and edit the world they involve in. 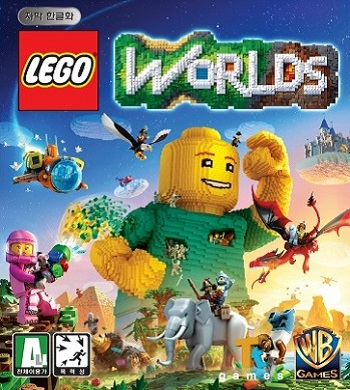